Politicized and Polarized: Science Skepticism and the Covid-19 Pandemic 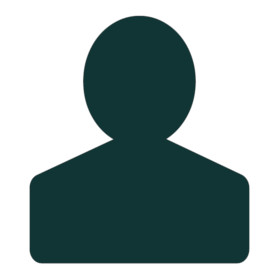 In both the United States and Europe, a growing movement skeptical of mainstream science, including but not exclusively regarding measures to combat the Covid-19 pandemic, has newly intersected with rising political polarization. In these extreme political movements, distrust of mainstream science has become a cornerstone of populist ideology. As American and German journalists, we looked to see how the intersection of science skepticism and political polarization are connected, as well as how country-specific variables have influenced respective responses to these movements.

On a Saturday afternoon in early August, over a hundred anti-Covid restriction protestors blocked a main highway in Berlin near the Berlin Cathedral. The self-described Querdenker, or “lateral thinkers”, gathered not only to commemorate the recent death of a Querdenker to a heart attack during large scale protests earlier that week, but also to decry the German government’s ongoing Coronavirus safety mandates. “Those who sleep in the Corona crisis will wake up in dictatorship," sang out one of the protest organizers from atop a repurposed van, as Berlin police officers watched from the sidelines.

Movements skeptical of mainstream science are nothing new. In the 1990s, controversy erupted over the teaching of evolution in U.S. classrooms, while climate change denialism remains strong in certain elements of the U.S. Republican party and among German politicians in the far-right AfD (Alternative für Deutschland). Today in both Europe and the United States, the rise of populist political movements has created brand new avenues for science skepticism that, while predating the coronavirus pandemic, have reached new levels of visibility in protests against COVID-19 vaccines and health measures.

The politicization of the pandemic

These demonstrations combine their arguments with a blend of populist grievances and, paradoxically, a belief in science - just not mainstream science. During the Querdenker protest in Berlin, demonstrators handed out newspapers titled "Democratic Resistance," which advertises itself as being "far from government and independent." Amidst stories about the "test terror" and perceived government infringement on individual freedoms, “Democratic Resistance” also included graphs appealing to science while making arguments that relied on facts and figures, however skewed.

Dominique Brossard, Professor of Life Sciences Communication at the University of Wisconsin-Madison and an expert on the intersection of science, media and policy, says that this isn’t unexpected. “Even those that we think are skeptics actually trust science,” she said, “But they don’t trust the science we think is valid. They just use the science that supports their beliefs.” According to Brossard, the problem of polarization around the Corona pandemic is therefore not science skepticism itself, but the politicization of the pandemic. “The problem that we have right now is that science has become partisan so people equate the vaccine with being Democratic,” she said, referring to the U.S. political party. “So it’s not that they don’t trust the scientists – they do not trust the process that actually mandates a vaccine. And the process is political.”

“It seems to be this very specific kind of combination of being a populist and being right-wing that makes you more inclined to opposing science and the scientific method,” said Dr. Heiko Giebler, a researcher of democracy and electoral behavior at the Berlin Social Science Center. In America, this is expressed by the pro-Trump majority of the Republican party, while in Germany it is most evident in the right-wing populist AfD (Alternative für Deutschland). Both hold skeptical beliefs on climate change and government health measures to curb the spread of COVID-19, and the party’s supporters are likewise more likely to hold science-skeptic views and be represented in protests against Covid restrictions.

An Alliance of Antagonism

Yet Giebler cautions against equating science skepticism directly with right-wing populist parties. “The AfD is not the same thing as the Querdenker movement,” he said. The same can be said of the United States, where vaccine skeptics – although more prevalent in the Republican party – are linked more so to conspiratorial thinking, anti-authority sentiment, and a strong belief in individual rights than party affiliation.

Instead, both the Querdenker movement and anti-vaccine protesters in the United States are linked together by what Jonas Kaiser , a professor of Journalism and Media at Suffolk university whose research focuses on the role of media in radicalization, refers to as an “Alliance of Antagonism” – a “shared community against a common enemy”, in this case the perceived overreach or even conspiracy of the state. This particular Alliance of Antagonism has in turn brought many people who otherwise would not identify with right-wing populism into the streets alongside those with extreme viewpoints. “You have a lot of people who were once on the political left marching side by side with Nazis, and in many cases have been instigated by the far-right,” Kaiser said.

Yet while the United States and European nations like Germany share covid-skeptic politics particularly on the right as well as an alliance of antagonism against perceived overreach by the state and the expertise of mainstream scientists, it is in the United States, not Germany, that science skepticism has resulted in concrete policies such as banning mask mandates or vaccine requirements. The reason, experts and activists say, is the unique political systems in the United States that encourages partisanship and increases ideological polarization.

Magnification of Polarization in the United States

On the Wiedendammer Bridge in Berlin, Virginia Soontag-O’Brien gathered with a collection of elderly German women representing the Omas, or Grandmothers, Against the Far Right. As the women handed out ribbons as part of an action to advocate for increased measures against climate change, Soontag-O’Brien took the time to speak about the far right she stood against. While stating that Germany remained a nation that was largely pro-science, O’Brien said she was worried about “very powerful forces against science” represented by lobbyists and political activists arriving from another country: the United States. “Science skepticism and vaccine skepticism is a lot more political in the US,” Soontag-O’Brien said.

The fact that skepticism of mainstream science is so prevalent in the United States can be attributed in no small part to how the U.S. political system encourages polarization, said Jared Sonnicksen , a research associate at the Institute for Political Science at the Technical University of Darmstadt and an expert on democratic governance. “The U.S. does not have a proportional representation system, unlike Germany and many European countries,” Sonnicksen said, continuing that U.S. politics “follow a more or less similar logic, namely the relative majority rules, which means, de facto, the loser loses all.”

Such a system discourages compromise, and specifically in the case of the Republican party encourages more radical voices over moderates, including when it comes to trust in authority and experts. “Parties have to position themselves in the logic of party competition” in terms of the two-party system, Sonnicken said, in which driving base support is key to winning elections. “Unlike in Germany, the Netherlands or the Nordic countries, as a splinter party you would compete as a spinster party and you would get maybe 10-15% of the seats,” he said, referring to similar populist percentages across Europe and the United States. “That’s not possible in the U.S. system.”

These political structures, combined with a powerful anti-intellectual ideology in which experts are considered part of the “elite” or even engaged in far-reaching conspiracies, can be attributed to the strength of anti-mask mandate and vaccine requirement movements in the U.S., movements encouraged by powerful voices in U.S. politics. “If we talk about anti-intellectualism in the U.S., we need to take all of this into account that this is mostly top-down,” said Kaiser.

The Opportunity in Science Communication

Despite the strength of these movements in the United States, however, there is still a possibility to use lessons learned from the Coronavirus pandemic to address other science-skeptic movements around issues such as climate change or anti-vaccination. In this way, science and scientists represent an opportunity, as science well communicated has the potential to break through skeptic barriers encouraged by politics and media to drive awareness and change.

“It is very important that scientists are very clear in regard to what they know and what they do not know,” said Rainer Bromme , professor of Educational Psychology at the Westfälische Wilhelms-Universität Münster. The frequently changing recommendations during the Covid19 pandemic, such as the temporary stop of the AstraZeneca Vaccine, have illustrated to the general public how hypotheses and uncertainties are part of science. Explaining these uncertainties to the general public turns out to be a challenge for science communication, which can only be countered by “making the process of scientific knowledge more visible”.

At the same time, Bromme warns against falling into a "seduction of easiness" while trying to make scientific knowledge accessible for a broader public by using clear messages: „When science communication overemphasizes that it’s possible to explain everything in an easy way, that’s a downplay of the underlying complexity which results in less awareness in the general public of the difficulties of scientific progress.”

But as far as the development of science communication as well as trust in science is concerned, Bromme is optimistic. According to an annual survey on trust in science , the number of people who trust in science in Germany has actually increased during the Covid pandemic. “So at least when it comes to Germans, the main message should be to talk about trust in science, not distrust.”, said Bromme.

Meanwhile, in the US, Dominique Brossard is also looking to the future with hope. While giving public talks about science communication, she regularly notices how interested the listeners are in learning about how to believe the science or how to spot fake news. “Things will evolve”, she concludes, referring to the media and the way younger generations will understand science. “And I think we have to work all together to make sure they evolve in the right direction.” 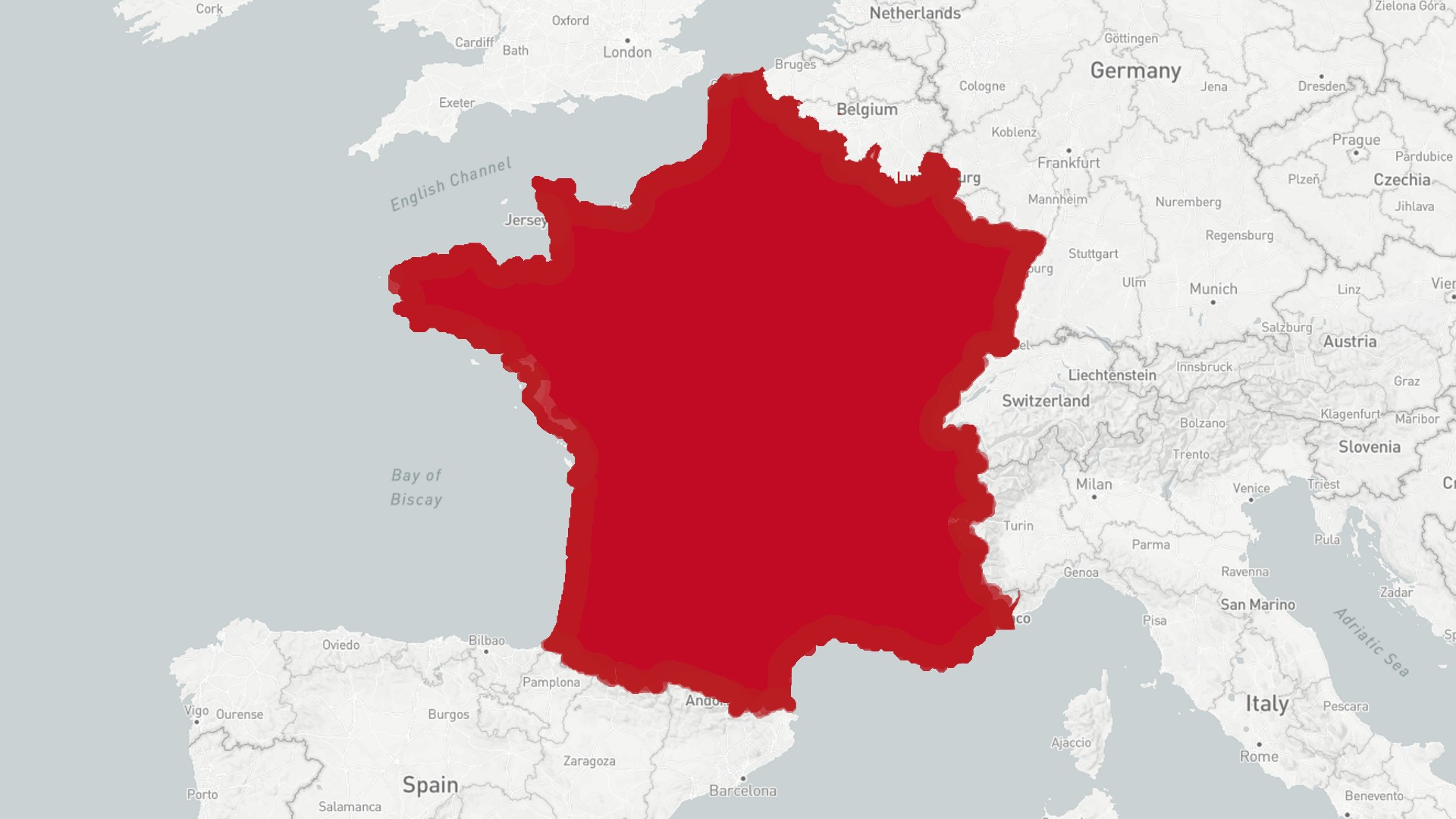 Of Netflix, Napoleon and the French Film Heritage 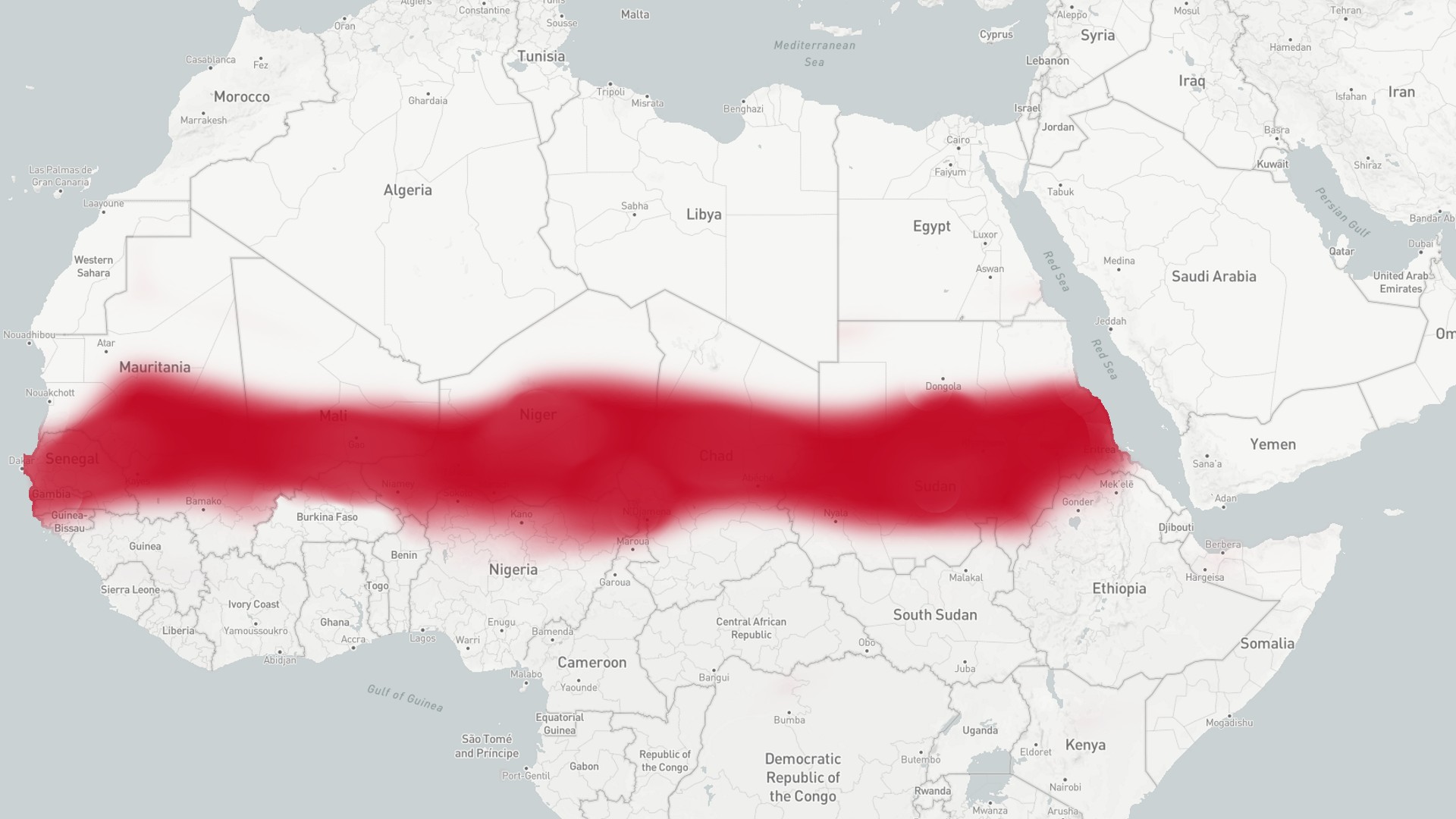 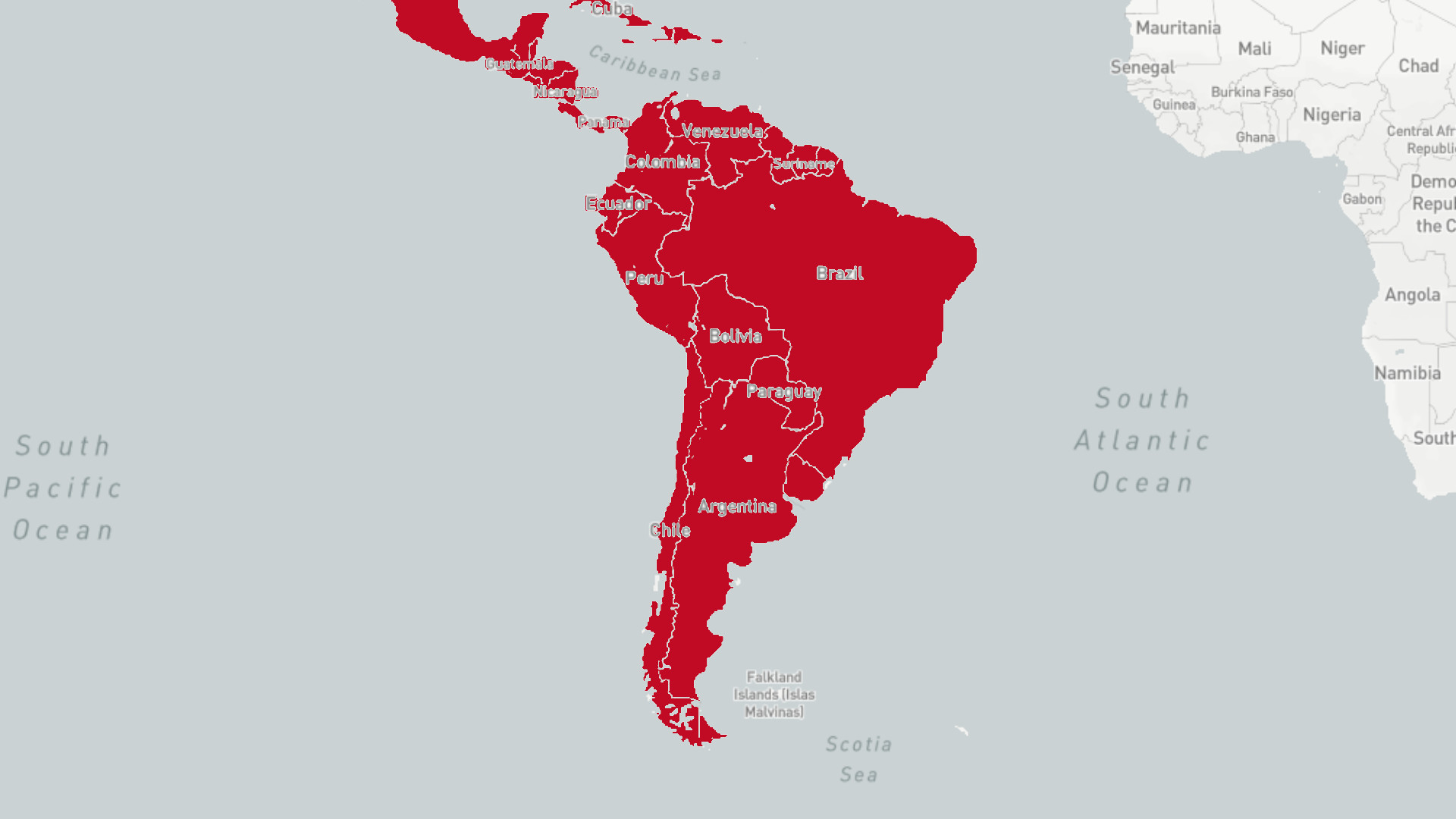 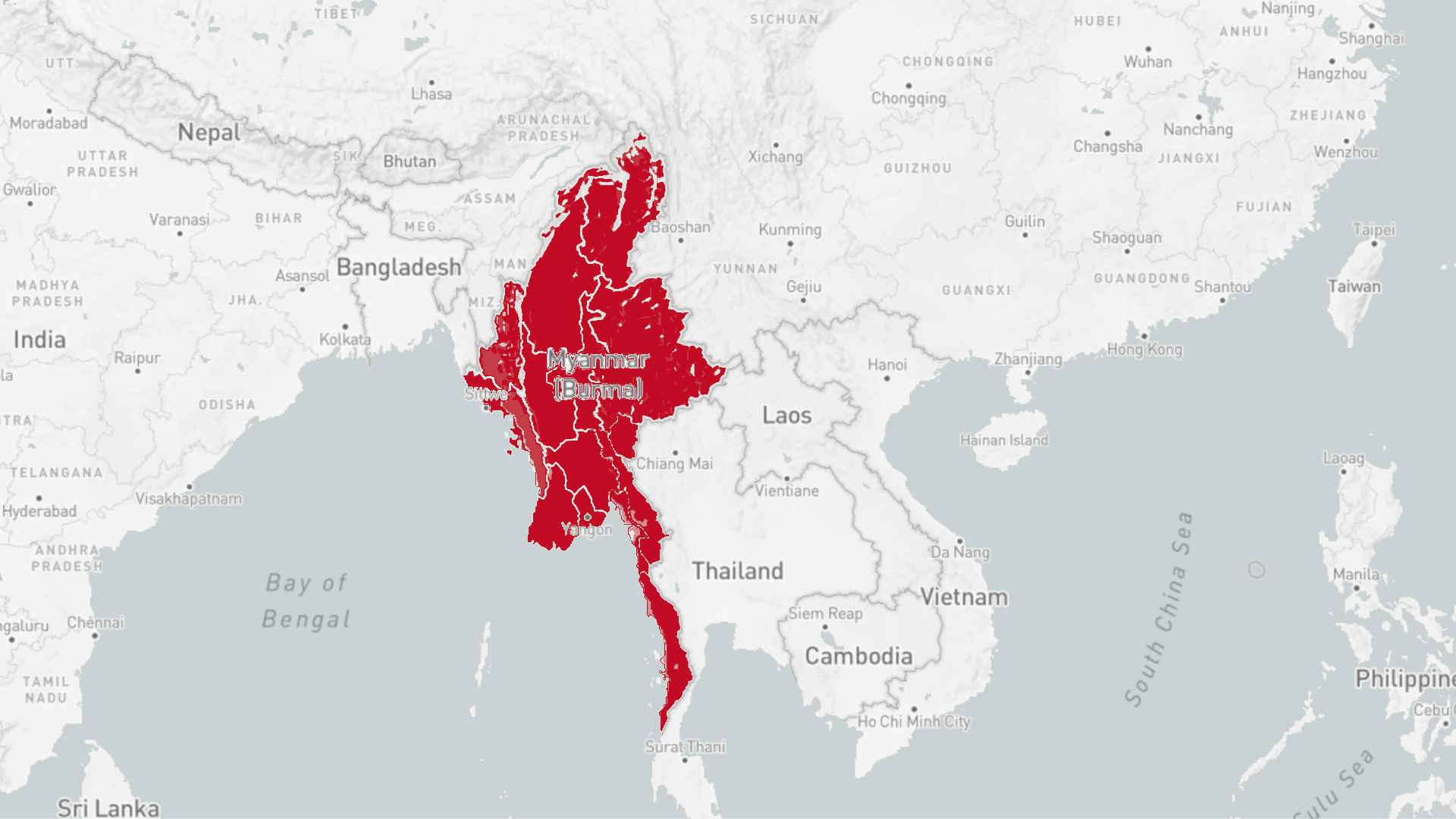 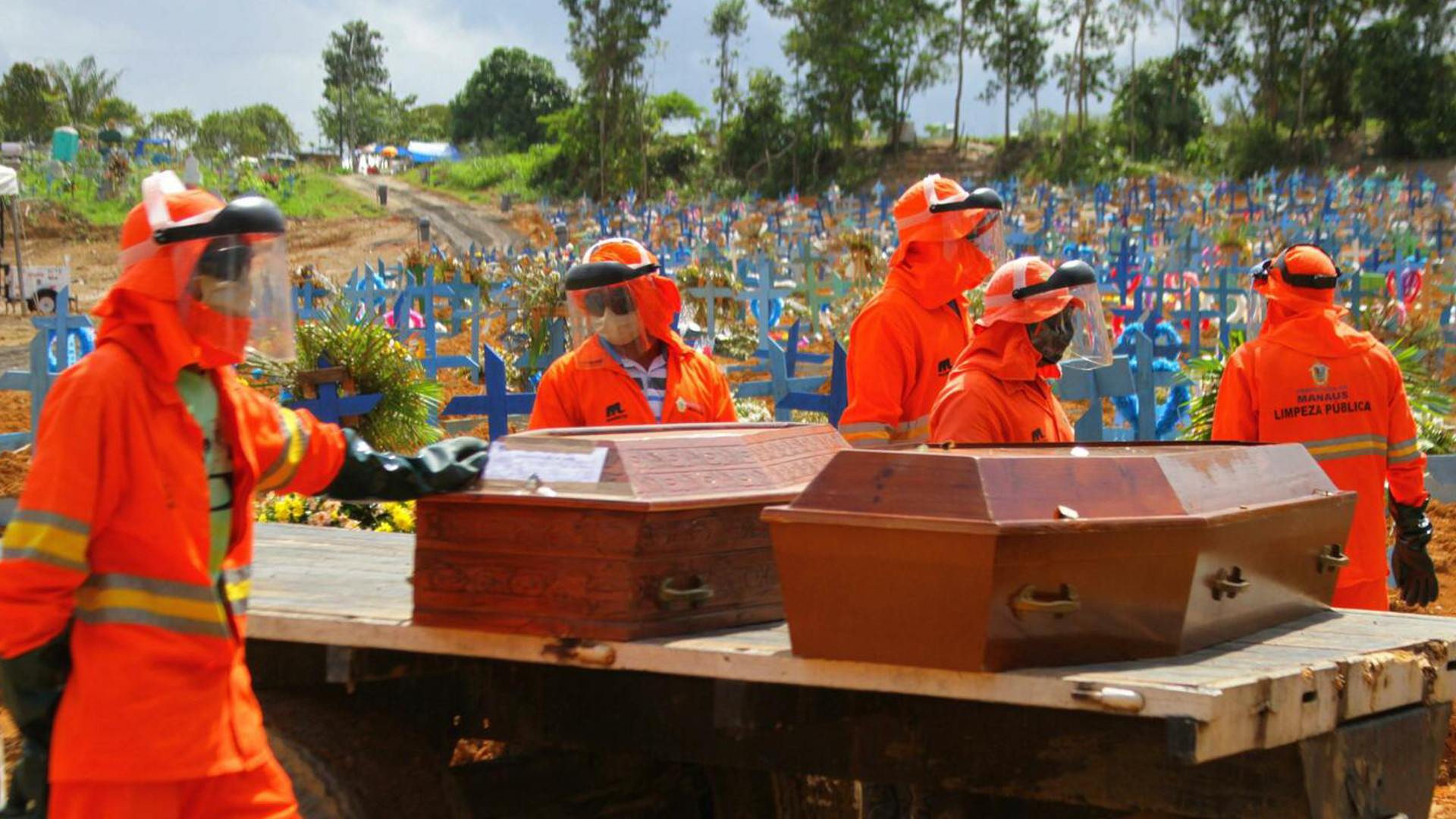 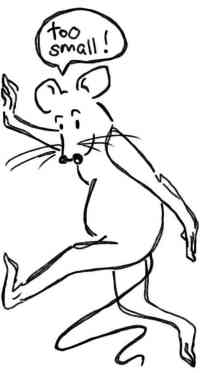